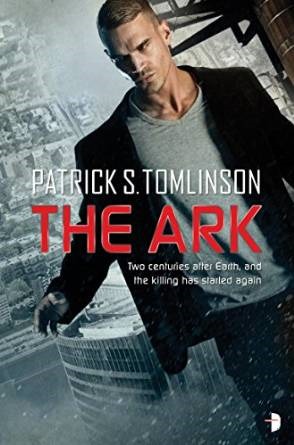 A black hole was soon to swallow Earth, so mankind build a generation ship, The Ark, and set out for the stars. Bryan Benson is chief constable for over half the Ark’s population. When a body goes missing, he goes into action. His meager detecting skills are put to the test in a race against a doomsday fanatic who has plans to finish what the black hole didn’t.

There were certain anachronisms used in the dialogue that just seemed out of place considering mankind had lived over 200 years within the ship. The author tried to pass it off as something learned from all of the TV/movie recordings available to the population, but it still felt wrong to me (For instance, why is Benson thankful he doesn’t have to brush his teeth if he’s never had to do it before?) That being said, I got past them.

However, the plot ending left me with a searing case of heartburn. I don’t like my heroes winning by accident. They’re heroes for a reason; otherwise, anyone could have done it. This book would have been five stars, but the ending was so contrived, I had to take two stars off. I hope his next book doesn’t do this. Yes, I’ll read it.

As long as I have a piece of charcoal to scratch upon a rock, I'll leave you a story long after I'm gone.
%d bloggers like this: